Ryan Reed could have given up his dreams when doctors told him he would never race again because of diabetes.

Less than three years later, the 20-year-old is proving that nothing – diabetes included – can stop him from chasing his dream of being a professional racecar driver.

Reed was a Karting Track champion at age 8. By age 16, he was a Legends Track champion. Before he could even start his senior year at Bakersfield’s Liberty high School, Reed was the youngest super late model winner in Toyota Speedway history.

No doubt, Reed was on a high-speed chase towards success. However, after he started getting sick and was tested with a blood-sugar level over 400 after fasting, Reed was diagnosed at age 17 with type-1 diabetes.

The day he was diagnosed seemed tragic at the time, but now Reed and his family have used his story of perseverance and triumph to inspire an entire generation of Americans affected with diabetes.

This story was a 2014 Edward R. Murrow Award winner for Best Sports Reporting.

Getting my character done at The Boys and Girls Club 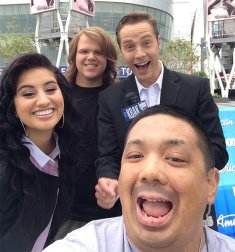 Fake wine at the Museum of Art.

With Rick from Fence Menders. 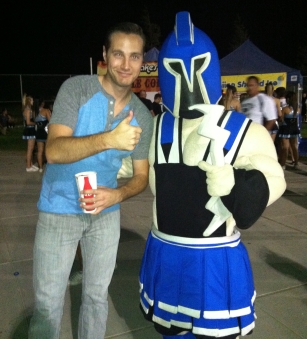 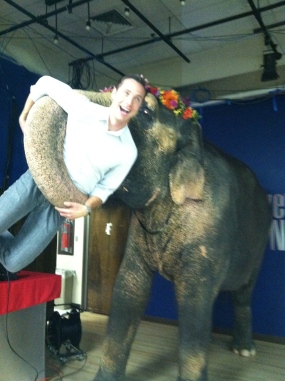 Tai from “Water For Elephants,” “Operation Dumbo Drop,” and “George of the Jungle.”

At the FOX Theater. 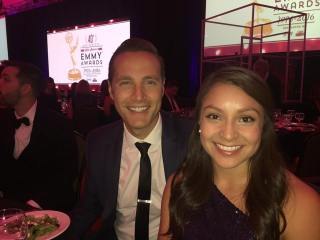 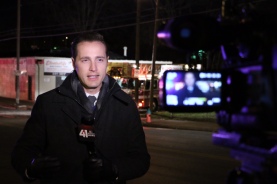 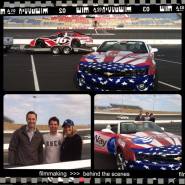